While the actions of "The Smile of the Child" target children in Greece, its cooperation with international actors and partners has gradually grown into a mission of paramount importance. The Organization has learned and borrowed international examples and best practices from key international actors in the main areas of its focus. By now, however, "The Smile of the Child" is also in a position to showcase its own significant 25-year experience and transfer its know-how to third countries.

Over the past two decades, "The Smile of the Child" has been cooperating and exchanging experience with governmental and non-governmental organizations, agencies and children's rights networks from Europe and around the world.

On the multilateral level, the Organization cooperates with a number of international organizations, most notably the United Nations, where "The Smile of the Child" enjoys special consultative status with the Economic and Social Council (ECOSOC) and is associated with the Department of Global Communications (DGC), while most recently in 2020 two of its young members of the European Student Volunteer Network “YouSmile” were accepted to serve on the UN DGC Youth Representatives Steering Committee. In the context of the recent migration crisis affecting Greece among others, "The Smile of the Child" works closely with the UN Refugee Agency (UNHCR) Greece Representation, having signed a Memorandum of Cooperation in 2018, as well as with the International Organization for Migration (IOM), while most recently it has embarked on a dialogue with the newly established UNICEF Greece country office. Last but not least, in the context of its work on child trafficking and exploitation, the Organization has been in communication and cooperation with the United Nations Office on Drugs and Crime (UNODC).

Moreover, there is solid cooperation with the European Union and its agencies and bodies. First and foremost, "The Smile of the Child" is formal partner of DG ECHO (European Civil Protection and Humanitarian Aid Operations), having signed a Framework Partnership Agreement in 2017. Additionally, since 2013 the Organization participates in the Platform of the European Union Agency for Fundamental Rights (FRA) and is member in the EU Civil Society Platform Against Trafficking in Human Beings. "The Smile of the Child" also cooperates with the European Asylum Support Office (EASO), having joined the Vulnerability Experts Network Advisory Group in 2018, and the office of the EC Coordinator for the Rights of the Child by participating in the annual EU Forum for the Rights of the Child. It is also important to note that in 2014 the European Parliament awarded the Organization with the ‘European Citizens Prize’.

"The Smile of the Child" also shares the values of the Council of Europe, with which a concrete cooperation already exists, having participated as observer in annual meetings of the Conference of INGOs while most recently joining the Migration Committee of the INGO Conference, as well as with the Organization for the Security and Cooperation in Europe (OSCE), by participating over the past several years in annual meetings of the Alliance for the Combat of Trafficking in Human beings.

On the multilateral level, the Organization is also member and/or partner of numerous distinguished European and international networks. First of all, it leads the European Anti-bullying Network (EAN), a network of 21 organizations from 14 European countries, which it created in 2014 and whose Presidency and Secretariat it holds, while it has also operated the Southeastern European Center for Missing and Exploited Children (SEEC) from its Athens headquarters. "The Smile of the Child" also participates and works with the International Centre for Missing and Exploited Children (ICMEC), based in Washington, DC, where "The Smile of the Child"s’ President serves as member of the Board of Directors, ICMEC’s Global Missing Children’s Network (GMCN), the European Federation for Missing and Sexually Exploited Children-Missing Children Europe (MCE) based in Brussels where "The Smile of the Child" is a founding member and member of the Board of Directors, as well as Amsterdam-based Child Helpline International (CHI), the European Brussels-based networks Eurochild and the European Emergency Number Association (EENA), the International Society for the Prevention of Child Abuse and Neglect (ISPCAN) based in Colorado, USA, and most recently the WeProtect Global Alliance to end child sexual exploitation online, which it joined in early 2021.

At the same time, "The Smile of the Child" has developed into a valued and trusted implementing partner for schemes of bilateral cooperation involving foreign authorities, foundations and institutions at the national, regional and local levels. As such, "The Smile of the Child" puts into action projects that aim at the care and protection of children in the midst of challenging circumstances of social-economic and migratory nature. Among its bilateral partnerships, it is important to highlight the Organization’s collaboration with the American National Center for Missing & Exploited Children (NCMEC) based in Washington, D.C. and the National Child Advocacy Center (NCAC), based in Huntsville, Alabama, but also its cooperation with Facebook as a “Trusted NGO Partner’, the UK’s National Search and Rescue Dog Association UK (NSARDA) and National Society for the Prevention of Cruelty to Children (NCPCC), as well as the largest French Child Protection Organization Apprentis d 'Auteuil, SAWA Palestinian Organization with which it has established a direct tripartite helpline connection, the Stockholm Municipality on Domestic Violence and Child Abuse, and most recently the Hellenic Institute for Cultural Diplomacy (HICD-Paris) and the SUPPORTCY initiative led by Bank of Cyprus. 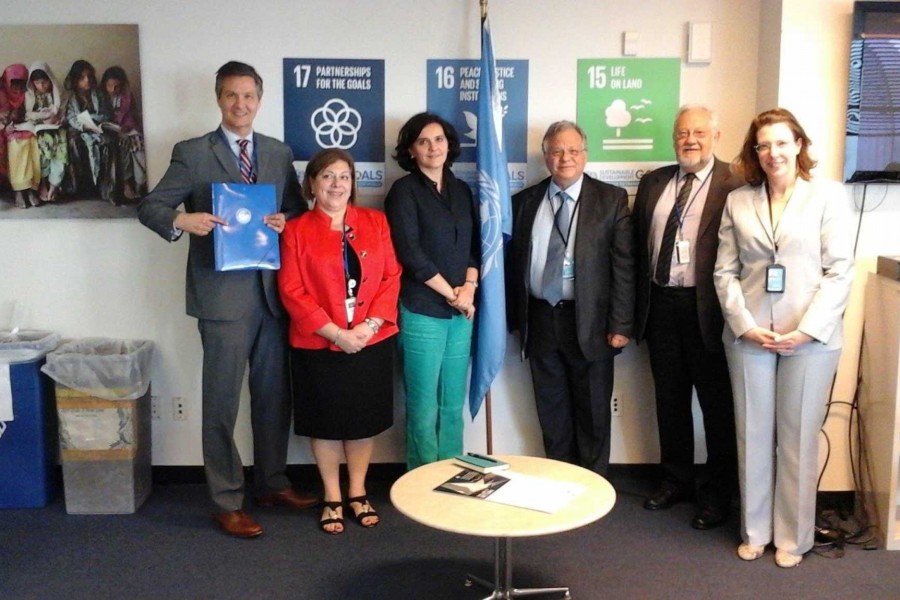 The protection of children at the forefront of dis...