Andreas was born on the 21st of April 1985 in a family with strong bonds. As a child, he was very sensitive, and used his “small” power to offer love and smiles to everyone who was near him! These were the main characteristics of Andreas' personality that made him unique and beloved among his classmates, friends, family, parents and brother!

Andreas fell ill in 1994, and from the first till the last moment he faced his illness with lots of courage and dignity, continuing to offer strength and smile!

In November 1995 Andreas captured his vision in his personal diary. His wish was to found an organization so that all the children could have a SMILE!

But Andreas didn’t stop there. He express his wish in public and the TV show "Red Card" produced by George Papadakis in ANTENNA channel. From the very first moment all the contributors of the show “embraced” Andreas and did everything they could for his voice to be heard.

The response of the show was really unexpected! In Greece, Cyprus and all around the world, Greeks were moved and rushed to support Andreas’ vision by all means. The vision of “our” Andreas, as characteristically said George Papadakis on the show.

In less than a month, Andreas passed away…having left behind “The Smile of the Child”.

His diary is our heritage. And the smile that he painted to his face became the smile and the hope for hundreds of children at risk in Greece.
Let’s all follow the encouragement of Andreas: Let’s all help, if we all unite we will succeed! 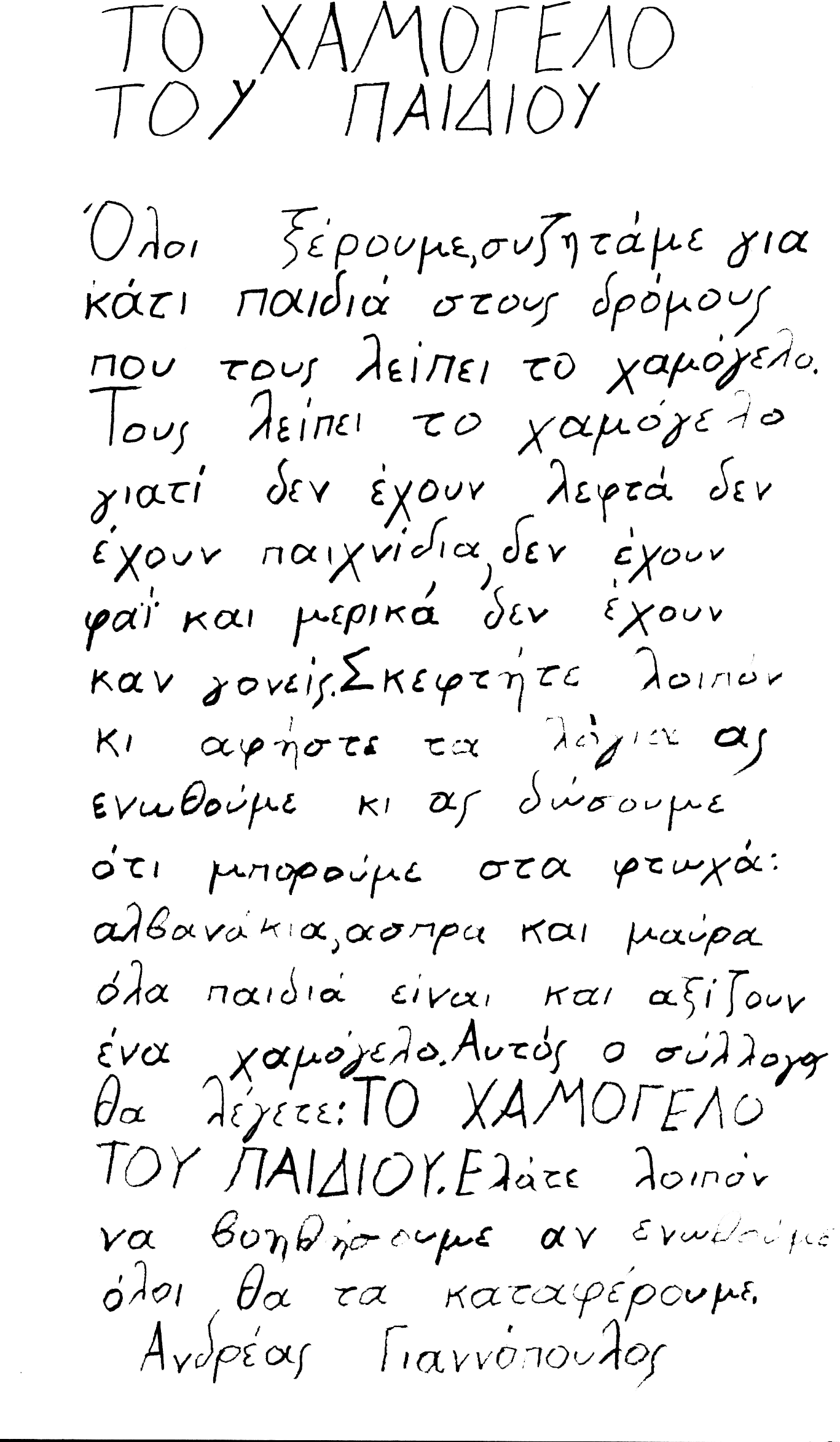