“I want Zahra to stand on her own feet”: medical support as a lifeline for refugee children in Greece 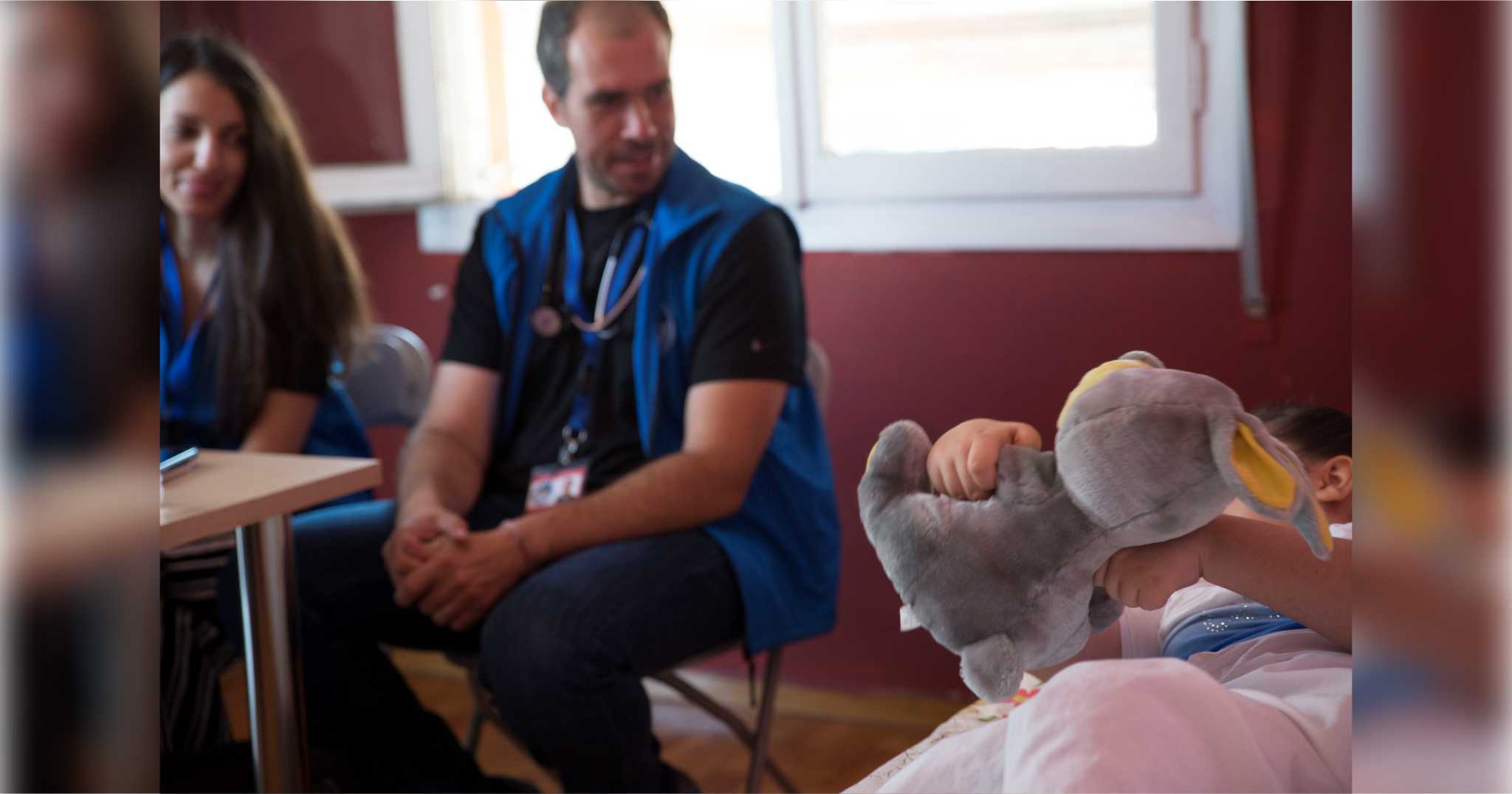 Nazli is a mother of four. The days when life in Syria was quiet already belonged to the past. In 2015 the spiraling war in the country was producing fear among the population. But apart from insecurity over the future of her family, Nazli had another reason to worry. It was Zahra, her youngest 8-year-old daughter whose health was deteriorating day by day.

Zahra had been diagnosed with mental and neurological disorders at birth. Unable to move and enjoy the life of a child her age, she was in constant need of intensive medical care. Medical support was no longer possible in Aleppo where bombings have extinguished the existing infrastructure.

As night approached, Nazli wrapped Zahra in a blanket and prayed along with her older daughters for making it to the dangerous crossing into the borders. Nazli had on nearly all the clothes she'd brought for the trek through Turkey and Greece - two pairs of leggings, several T-shirts and some jackets. However, they did little to shield the girl's thin frame from the winds, the rain and the cold along the perilous route.

The mother and her daughters had fled Syria on foot, joining thousands of other refugees in 2015 who walked away massively in what had been one of the biggest migrations in the world. Millions of people have fled war, violence, persecution in search for protection and a safe shelter in Europe.

Along the trek Nazli had no other way to travel with Zahra than to carry her in her arms. The physical burden for the mother was shared by other refugees who were also travelling in the same group, and in what was mostly an unforgiving and hostile terrain. Nazli knew that the route towards Europe was full of risks, but she feared that staying in Syria would mean that her already deteriorating daughter would run the risk of being medically uncovered and her family would run the risk of paying the price of war in Aleppo.

After 6 months in Turkey, Nazli and her children were determined to cross the most perilous part of this journey at the Mediterranean Sea. Nazli hoped that making it to Europe would ensure a better future for her family and better medical treatment and care for little Zahra. Amid a swarm of refugees Nazli, Zahra and her other siblings entered on a dinghy as the summer moon was lighting up the water surface of the Aegean Sea.

The day before Nazli had heard multiple stories of death at sea from fellow refugees. That night the sea was calm, but barely any of the children onboard could withstand the cold. As the dinghy was approaching the Greek shore, a rescue boat spotted them, dropped blankets and pulled them safely offshore. Snug together inside the boat Nazli’s older daughter asked: “Where are we, mom?” Nazli replied: “We have made it to Europe”.

However, living in a refugee camp in Lesvos was far from ideal. Three and a half months later, the asylum services had authorized the transfer of the family to a camp in Athens due to vulnerability reasons. What the family was told was that Zahra could have a better access to medical treatment.

“It was in the camp of Elaionas when we first met the team of “The Smile of the Child”, explains Nazli. One month later the family moved to a flat in downtown Athens. After more than 9 months of uncertainty in Turkey and Greece, for the first time I felt safe for my family and optimistic that Zahra could finally receive proper medical assistance and a better-quality life” she adds.

A far cry from Aleppo where there were bombs everywhere, Nazli was overwhelmed by the warm welcome and substantial support they received by the people of “The Smile of the Child”. “Soon after their arrival in Athens, Zahra undertook an operation in her right leg, whereas a new operation for her left leg is planned to take place soon, explains Yannis Aggouridakis, pediatrician of “The Smile of the Child”. “Through the provision of pediatric care at home, proper medical and nursing support, physiotherapies and the integration into a school, Zahra stands now a chance to improve both her gait and develop her social skills”, he adds.

On a weekly basis a team of specialized professionals, including social workers, psychologists, pediatricians, nurses and physiotherapists as well as interpreters of “The Smile of the Child”, support Zahra through psychotherapies, transfers to hospitals and facilitation of the communication with the medical personnel and the social public services.

“The only thing that still concerns me is Zahra”, adds Nazli. “I want Zahra to stand on her own feet. I pray every day for the well-being and happiness of my children and we look forward to the continuation of these services” she adds.

Parallel to the necessary medical actions, through psychosocial support and counseling, social workers of the Organization empower the family and mainly the mother, primary caregiver both for Zahra and her oldest sisters. At the same time, our team closely cooperates with the accommodation partners for any need that arises.

More infants and children with increased medical needs like those of Zahra live in Greece. With the support of the EU Humanitarian Aid, from April to September 2018 “The Smile of the Child” has supported 109 minors, who are accommodated in apartments in Athens and Thessaloniki, whereas 2.208 medical consultations have been offered in the framework of the project entitled “Direct and Holistic Medical and Psychosocial Intervention for Refugee and Migrant Children in Danger in Greece”.

Despite all the adversities for the family Zahra’s smile continues to give hope to Nazli, her siblings and the people of “The Smile of the Child” who are next to her from the first day of the arrival of the family in Elaionas.

“Greeks have given us a strong welcome. We are grateful for all the support to Zahra and my family. We want to stay here for the time being and see Zahra’s health improving gradually. One day we would like to go back in Syria” says Nazli allowing herself a small glimmer of hope and nostalgia in what was once a happy family life back in Aleppo.

Names have been changed to protect identities

Text by “The Smile of the Child”- Photos by Ilias Spyropoulos 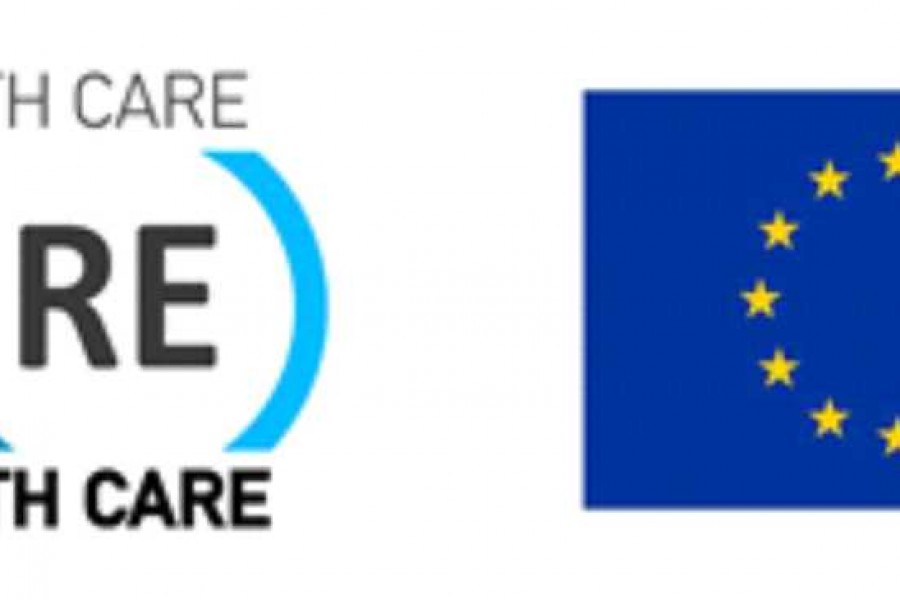 Launch of 6 rounds of Training Seminars: ‘The Trau...

Launch of 6 rounds of Training Seminars: ‘The Trauma of removal & out of home placement of Children & best trauma-informed practices & approaches’

This Christmas, love and care arrive faster than e...

This Christmas, love and care arrive faster than ever to children in need thanks to the chatbot of the Organization "The Smile of the Child" on Viber 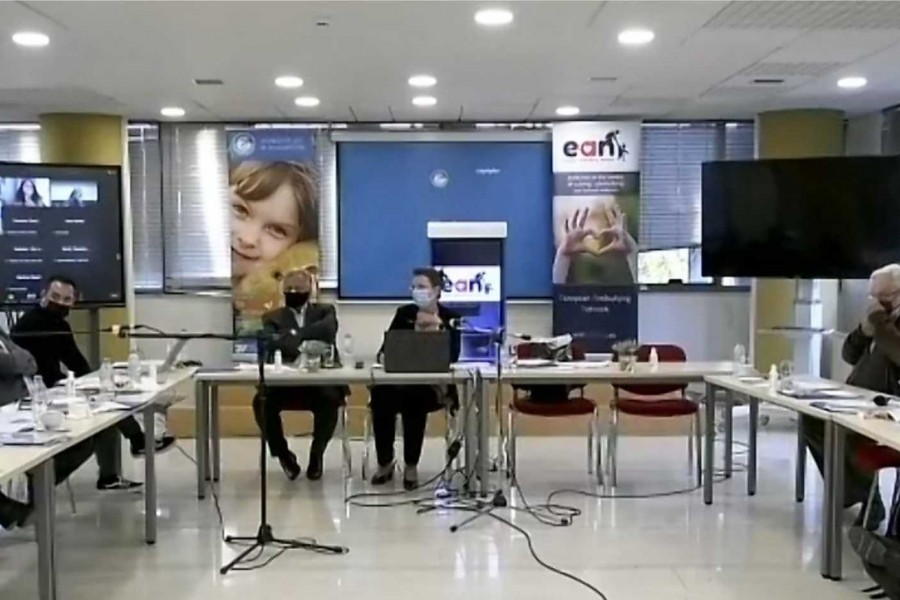 “The Smile of the Child” hosted the Board of Direc...