“The Smile of the Child” supported 90.601 children and their families in 2018, including refugee and migrant children stranded in Greece 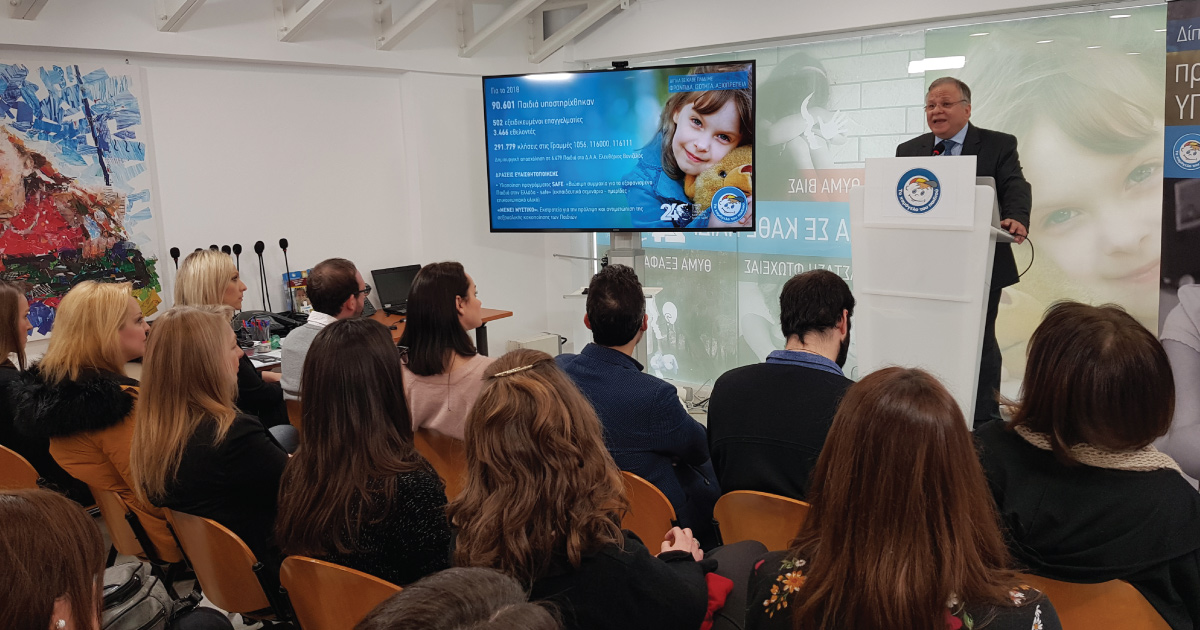 “The Smile of the Child” supported 90.601 children and their families in 2018, including refugee and migrant children stranded in Greece

“The Smile of the Child” announced its statistics during a press conference that was held today, the 31st of January, at the premises of the Organization. More specifically, the Organization presented the total number of children supported through its wide spectrum of actions and services for children victims of Violence, Missing Children, Children with serious Health Problems and Children and Families living in poverty or threatened by poverty.

“The Smile of the Child”, committed to the principles of transparency and accountability toward all its supporters, continues to implement its actions with the same quality, effectiveness and sensitivity thanks to 502 staff members and 3.466 volunteers by meeting the needs of all children in Greece without any distinction, including the refugee and migrant children stranded in the country, said the President of the BoD of the Organization, Mr. Costas Yannopoulos.

Despite our nationwide “It remains a Secret” campaign and our coordinated efforts to improve awareness among the Greek society on the serious issue of child sexual abuse, the National Helpline for Children SOS 1056 received 4 reports only on cases of sexual abuse of children in 2018. This statistic shows that the phenomenon still remains a secret to a large extent”, he underlined.

In addition, Mr. Yannopoulos put emphasis on the actions of the Organization in the field of Health Care. He highlighted that “The Smile of the Child” cooperates with all the institutional actors by setting all its human resources and infrastructure at the disposal of the state services. The Mobile Medical Units of Intensive Care for newborns and children, incorporated into the public-run ambulance system, represent a characteristic example of this kind, as does the Program of Pediatric Care at Home for children with chronic and serious Health Problems.

Being an official partner of DG ECHO “The Smile of the Child” has intensified its efforts to address the needs of refugee and migrant children and their families living in Greece through the implementation of the “Direct and Holistic Medical and Psychosocial Intervention for Refugee and Migrant Children in Danger in Greece” project. In the framework of the project, funded by the EU Humanitarian Aid, the scientific personnel of the Organization have handled 411 calls at its telephone lines from April to December 2018.

At the same time, 228 refugee and migrant children and adults have received immediate and holistic protection and prevention services through registration of named and anonymous reports and reporting to the authorities, activation of procedures of protection and care, direct intervention for children at risk, counselling support, interpretation services via telephone, guidance and interconnection. In the course of the same period, the Organization supported 174 children through services such as pediatric home treatment, medical and nursery care, physical therapy, psychosocial support and assistance in medical consultations.

More specifically, according to the statistics of 2018:

“The Smile of the Child” next to every child victim of Violence:
● The National Helpline for Children SOS 1056 received 271.996 calls. 32,8% of these calls concerned reports for children at risk.
● The National Helpline for Children SOS 1056 received 729 reports of serious cases of abuse related to 1.358 children. 41,7% of these children were between 0-6 years-old. For 54,3% children these reports concerned neglect/abandonment, whereas in 39,5% of the cases the mother was the victimizer.
● 153 direct interventions were carried out for 219 children at risk. 72,5% required the immediate removal from their family environment.
● 141 requests for the shelter of 246 children at risk were received. 47,5% of the cases concerned children in neglect.
● The European Helpline for Children and Adolescents 116111 received 7.296 calls.
● The European Helpline for Children and Adolescents 116111 offered counseling services on issues related to children to 4.902 individuals. 21,97% of the callers sought guidance from our Organization on issues related to behavioral problems.
● 304 children are currently being raised in the 11 Homes of the Organization nationwide. 36 children became members of our family in 2018.
● 63 of our children over 18 years of age are continuously supported by “The Smile of the Child” parallel to their studies and/or employment.
● 276 children received 4.990 therapeutic services from the multi-disciplinary team of “The House of the Child” Day Center.
● Interactive preventative interventions were carried out for 35.275 children in the framework of 806 visits across Greece with the participation of students, 969 parents and guardians as well as the general public.

“The Smile of the Child” next to every Missing Child:
● The European Hotline for Missing Children 116000 received 12.487 calls.
● The European Hotline for Missing Children 116000 received 191 requests for the support in search and rescue operations for 191 missing children. 148 children were found (78.3%), 33 children still remain missing, whereas for 10 cases any communication is interrupted.
● Interactive preventative interventions were provided to 1.122 parents and guardians in the framework of 122 visits nationwide with the participation of 814 students, 846 teachers and the general public

“The Smile of the Child” next to every child with a Health problem:
● “The Smile of the Child” conducted transfers of 2.978 newborns and children, and 558 adults responding to 6.169 calls and covering 367.157 km! Out of the 2.380 children 566 were newborns and infants.
● 1.337 children with health problems were supported and the Organization responded to 9.323 requests for support. Out of the 1.337 children, 538 children had no health insurance!
● 7.166 children participated in recreational activities offered by the Organization through 13.898 actions in 10 Hospitals in Athens, Thessaloniki and Patras.
● 353 children received the services of the “Pediatric Care at Home” program in the framework of 2.246 visits of doctors, physiotherapists and nurses.
● 15.280 children and 1.106 adults were medically examined nationwide and free-of-charge in the framework of 26.227 medical check-ups provided in the 3 mobile medical units of preventive medicine (Multi-medical Unit “Hippocrates”, Dentistry, Ophthalmological and ENT Units). “The Smile of the Child” cooperated with 522 doctors of different specialties and dentists across Greece who volunteered by offering their services for children. From 2002 to 2018 more than 115.000 children were examined!
● 7 families whose children face serious and chronic health problems were provided with the accommodation in two specially designed apartments of the Organization in Athens and in Thessaloniki.

“The Smile of the Child” next to every child who lives in poverty or is threatened by poverty:
● 14.356 children and their families living or threatened by poverty were supported nationwide. In 77,6% of the cases these were families of unemployed parents or parents with an insecure employment status. Out of the total number of children, 1.251 were supported for the first time.
● 53 children were provided with services in the 3 Daycare Homes in Ileia, Agrinio and Mytikas, respectively. 88% of these children took part in this action due to social reasons. 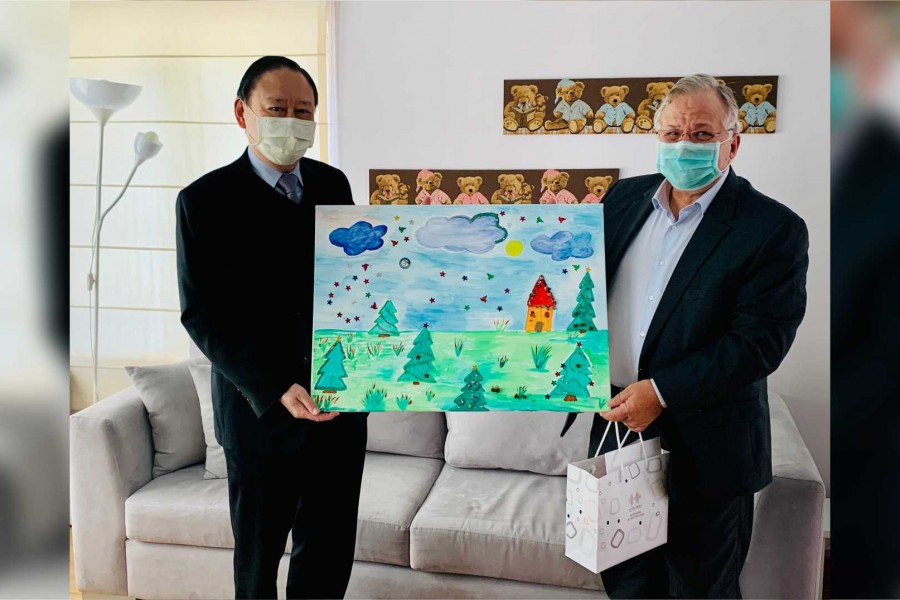 Donation of Love to the "Smile of the Child" by Ta...

Donation of Love to the "Smile of the Child" by Taiwan 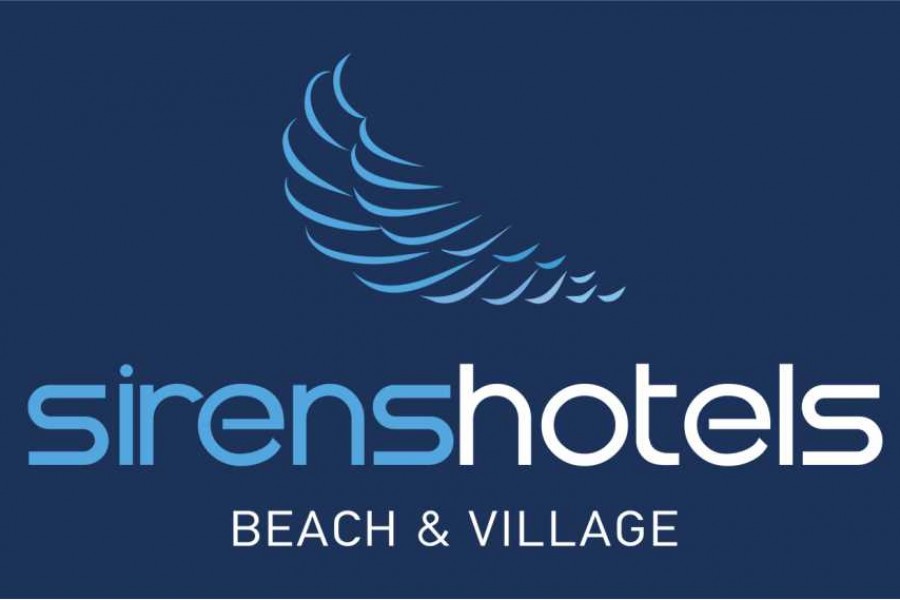 "The Smile of the Child" thanks the Sirens Hotels ... 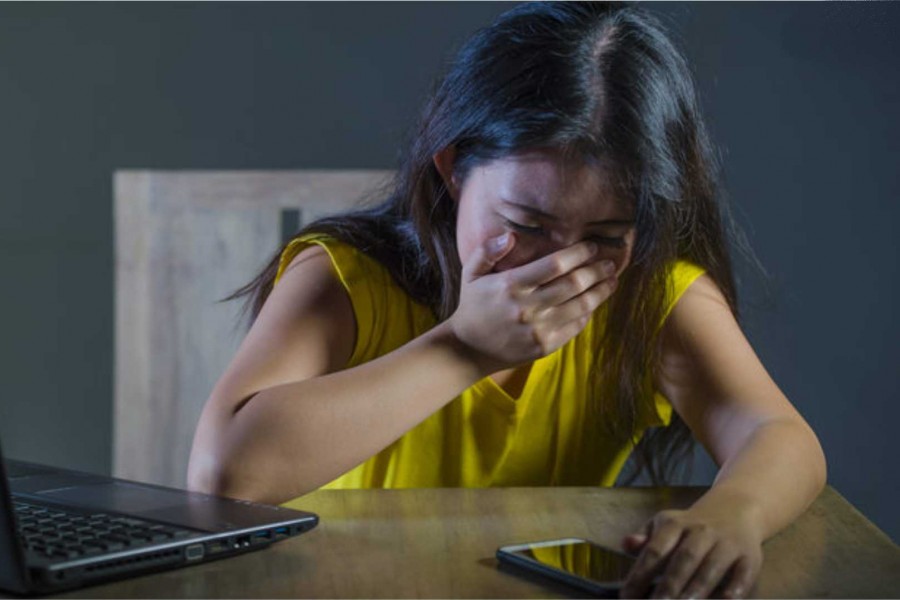 EU fails to uphold protection of children from sex...