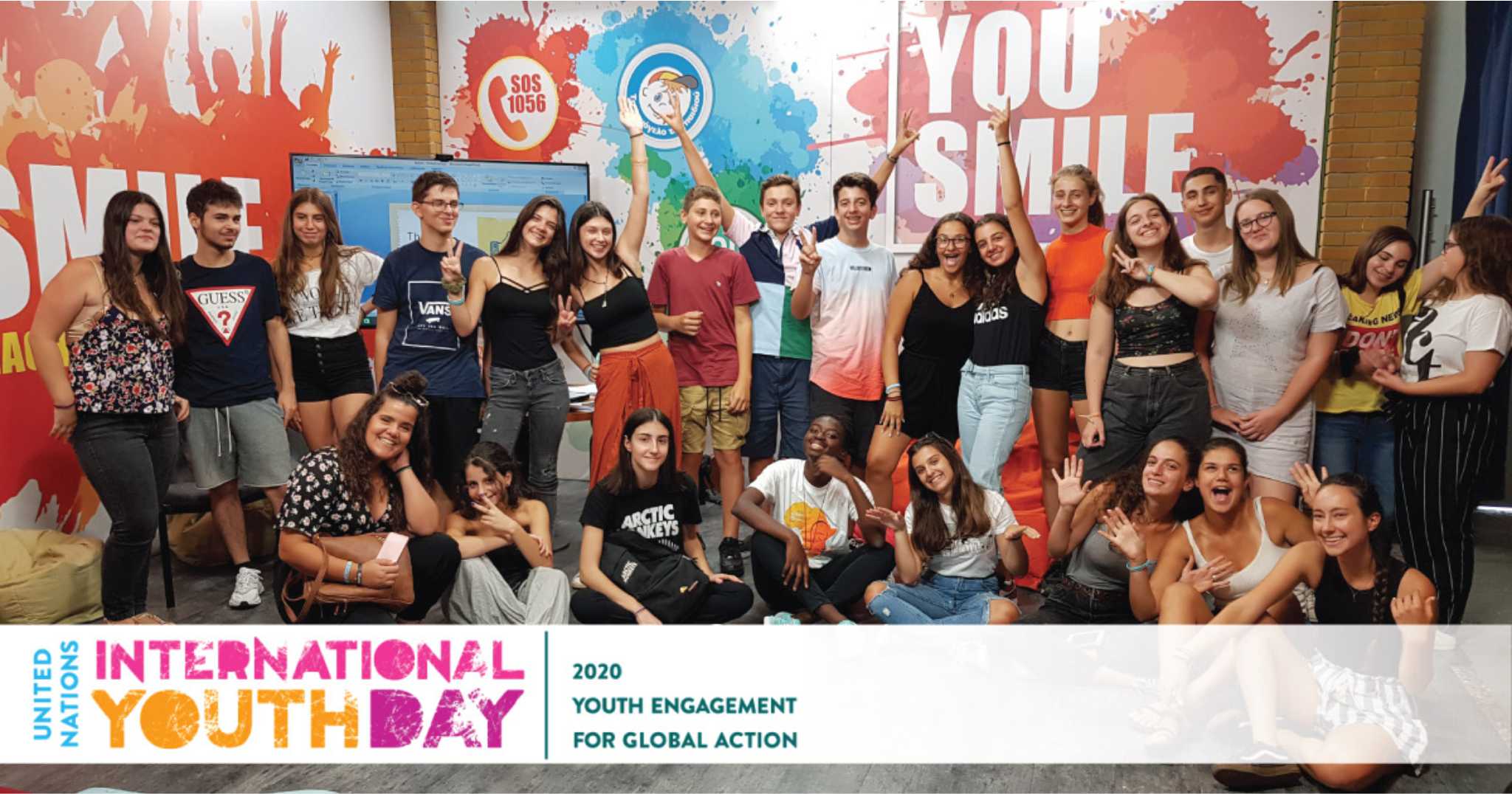 The participation of young people is crucial for the effective response to the global challenges and the strengthening of institutions. The UN Youth Campaign, celebrated every year on August 12th, focuses on the problems that young people face and the crucial role they are called to play in our society.

“Youth Engagement for Global Action” is the theme for 2020 as set by the United Nations. As the world is beset with the Coronavirus crisis, it is incumbent upon the youth of the world to not only make concerted efforts, but also deal with the aftermath. This year’s campaign highlights the need for young people to be represented in the decision-making processes to deal more effectively with global crises.

“The Smile of the Child,” as an Organization with advisory role in the United Nations Economic & Social Council (ECOSOC) and affiliate member of the Department of Public Information of the United Nations (UN DPI), participates in the global campaign and advises on the activities of its European Student Voluntary Network “YouSmile” and the Group for the Rights of the Child.

Since 2009, at the initiative of the children volunteers (“YouSmilers”) and in collaboration with the Greek Ministry of Education and Religious Affairs, the Organization has been coordinating the Children Rights Group. Serving in an advisory role, "The Smile of the Child" became the first Greek Organization to implement Article 12, on Freedom of Expression and Child Participation, which constitute fundamental rights of children. Member children are educated about their rights and organize public awareness campaigns as part of program in the United Nations, the Council of Europe and the European Parliament.

On the occasion of 30th Anniversary from the adoption of the Convention on the Rights of the Child, the European Student Voluntary Network “YouSmile” launched the campaign "302010 - Give Me the Right to Smile". Activities highlighted the most important issues regarding the violation of children's rights in our country, though discussions with distinguished scientists.

The children created a Resolution with Proposals to defend their rights, which they handed over to the President of the Greek Republic, the Prime Minister, the Deputy Minister of Education and other relkevant bodies, from whom they received recognition and support for this action. On November 20, 2019, a large event was held with the participation of 600 students at the Ministry of Education, during which the YouSmilers presented their proposals.

The European Student Voluntary Network “YouSmile” is the only Greek active volunteer Group for young people. In the 8 years of its successful operation, more than 15,000 young people have participated in volunteer activities offering relief to children in need. The Network also organizes events to raise awareness on issues that concern among others;

In spite of the challenges posed by Covid, 5.388 students from 190 schools nationwide participated in the YouSmile program in the last year.

In the 25 years since its founding by its 10-year-old Founder, Andreas Yannopoulos, "The Smile of the Child" is active on both addressing issues that threaten children, as well as educating young people to put into practice the Rights of the Child.

About the International Youth Day
It is celebrated on April 12th annually since 2000. On this day, people are supposed to recognize the importance and the hard work of the youth of the world and how they have made a difference to society. It is also a day to promote ways to engage the young people of the world and help them contribute even more to their communities and to society in general. 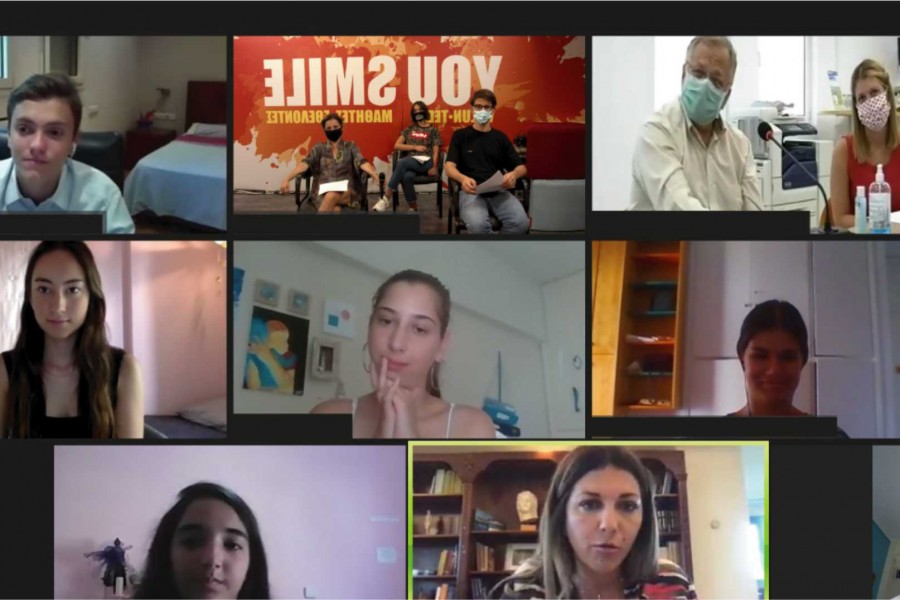 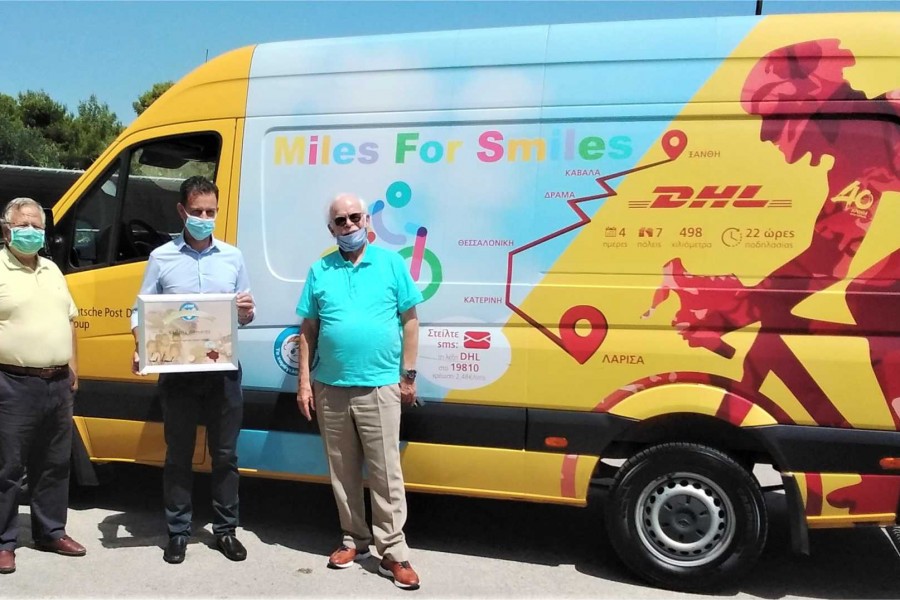 Visit of Mr. Frank Franke, President and CEO of WI...

Visit of Mr. Frank Franke, President and CEO of WINGS OF HELP to reinforce the cooperation with THE SMILE OF THE CHILD and honor the contribution of DHL EXPRESS HELLAS 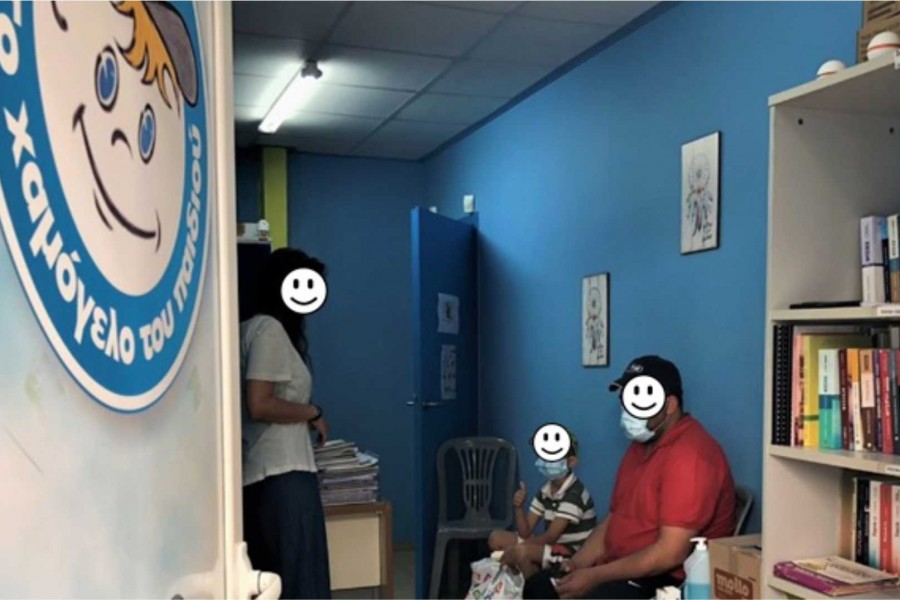