With "IT REMAINS A SECRET" as its main slogan, "The Smile of the Child" is next to every child victim of Abuse and Sexual Exploitation 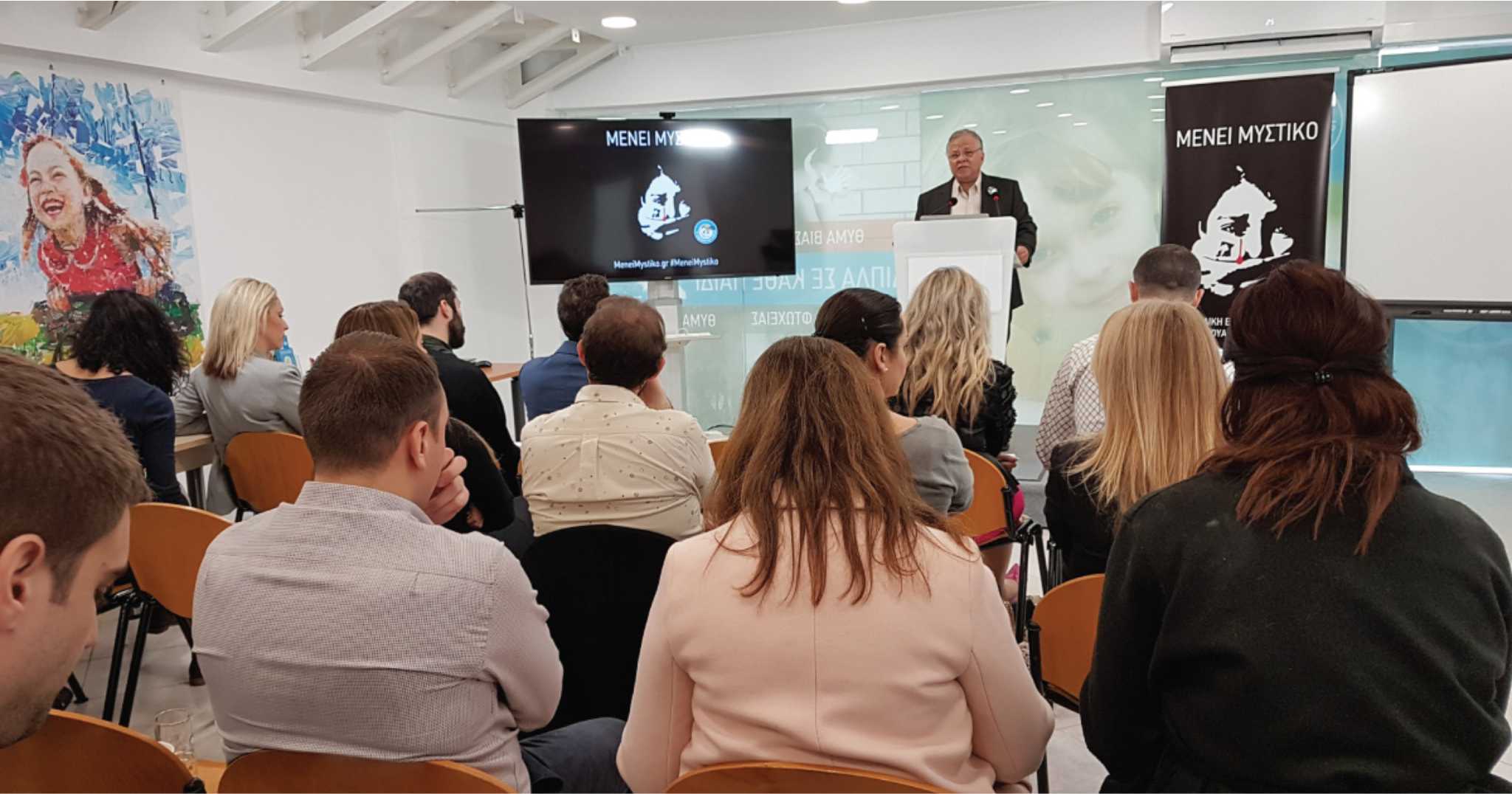 With "IT REMAINS A SECRET" as its main slogan, "The Smile of the Child" is next to every child victim of Abuse and Sexual Exploitation

#It remains a Secret

With #It remains a Secret as its main slogan, "The Smile of the Child" organized Press Conferences and awareness raising meetings all across the country on the occasion of the 18th of November, European Day on the Protection of Children against Sexual Exploitation and Sexual Abuse, and the 19th of November, World Day for the Prevention of Child Abuse. More specifically, meetings were held in Athens, Thessaloniki, Kavala, Larisa, Patras, Chania, Heraklion and Chalkis.

For yet another year, "The Smile of the Child" emphasized the sexual abuse of children, a phenomenon that constitutes an issue of Public Health and has special characteristics, most notably the fact that it is not reported.

“Since 1997 "The Smile of the Child" implements actions in order to address  Violence against children in a holistic way. On a daily basis we are called upon to tackle the phenomenon of child abuse and sexual abuse. In their majority children fall victims to someone they know and trust.  And it is not only about the cases that come to the spotlight of public attention, but also the personal suffering of some children that remains a secret forever. How many children remain silent? How many children do not ask for help? How many children feel ashamed to report what is happening to them? How many adults remain silent and do not report despite the fact that they know?”, said the President of the BoD of "The Smile of the Child", Mr. Costas Yannopoulos.

During the Press Conferences, "The Smile of the Child" gave a special emphasis to the need for prevention.  Mr. Yannopoulos noted: “The Organization has the tools, the experience and the scientific personnel who are able to talk to children on the issue of sexual abuse. It is necessary, as is highlighted in the 15 proposals that the Organization has put forth, to include sexual education in primary education”. In regards to the cooperation with the competent institutional actors, Mr. Yannopoulos mentioned that “there are always individuals in the public sector that make the difference, who handle each case with professionalism and humanity. However, we have to institutionalize specific procedures for the prevention and tackling of child sexual abuse. We are in constant cooperation with the Police, the Prosecutors, and we believe that it is a common demand of all that we move forward with an even closer cooperation for the benefit of children and that we remain continuously vigilant”, he added.

The actions of the Organization in the area of prevention, direct intervention and therapy of children victims, as well as its statistics were presented by the specialized personnel of the Organization active in the field all across the country, who pointed out however that the statistics do not reflect the reality.  Cases are many more, however they are not reported.

On the international level, "The Smile of the Child" joins forces with actors, agencies and institutions against the phenomenon of child abuse through awareness raising and informational campaigns and activities. For once more "The Smile of the Child" participated in the global campaign of “19 Days of Activism Prevention Abuse and Violence against Children/Youth”. The campaign is organized by the Women's World Summit Foundation (WWSF) and brings together more than 60 Organizations from Europe, the Americas, Asia and Africa.

At the same time, "The Smile of the Child" participated in the ‘Start to Talk’ Initiative of the Council of Europe on the occasion of the European Day on the Protection of Children against Sexual Exploitation and Sexual Abuse. This year’s campaign focuses on child sexual abuse in sports and the need to break the silence around the phenomenon.

According to the international statistics presented by "The Smile of the Child":
● About one in five children in Europe are victims of some form of sexual violence
● 1 in 3 girls and 1 in 5 boys will be sexually abused before they reach the age of 18 globally
● Close to 300 million children aged 2-4 worldwide experience violent discipline by their caregiver on a regular basis
● 100 million children live or work in the streets facing daily discrimination, violence and exploitation.
● As many as 150 million girls and 73 million boys worldwide are raped or subject to sexual violence each year, usually by someone in their family circle
● Between 70% and 85% of children know their abuser
● 1 in 3 abused children never tell anyone
● Some children are not able to recognize the abuse: very young children, children with disabilities
● 1 in 7 girls, and 1 in 25 boys, will be sexually abused in some way by age 18

"The Smile of the Child" announced the organization of a high-level international conference on the issue of Child Sexual Abuse that will be held on the 28th of February 2019 in Athens, Greece with the participation of distinguished experts and scientists from across the world and Greece.

During the press conference "The Smile of the Child" presented the 15 proposals and recommendations for the prevention and tackling of the phenomenon, produced last year in the framework of the nationwide campaign ‘It remains a Secret’, held under the aegis of HE the President of the Hellenic Republic.

Read the full proposals presented to the President of the Hellenic Republic here.

For more information about the press release, please contact our press@hamogelo.gr or +210 33 06 140. 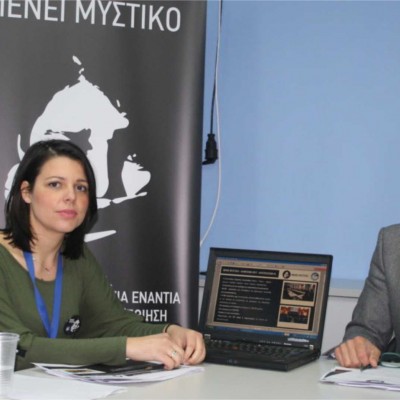 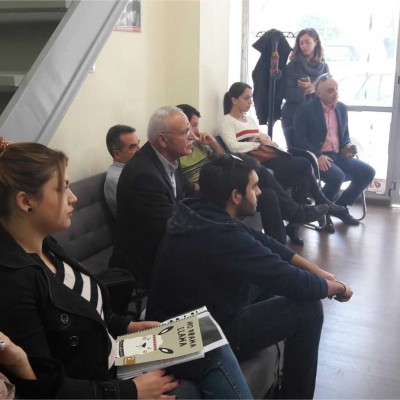 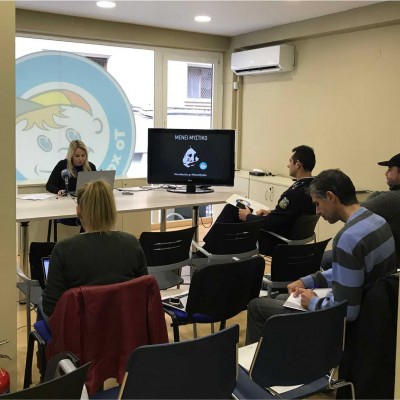 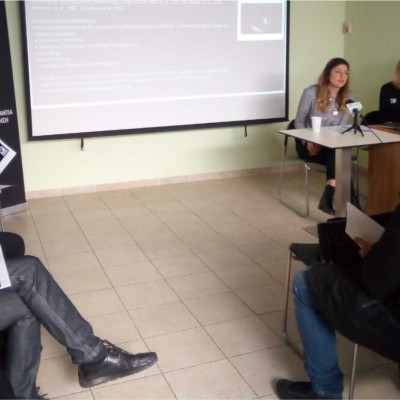 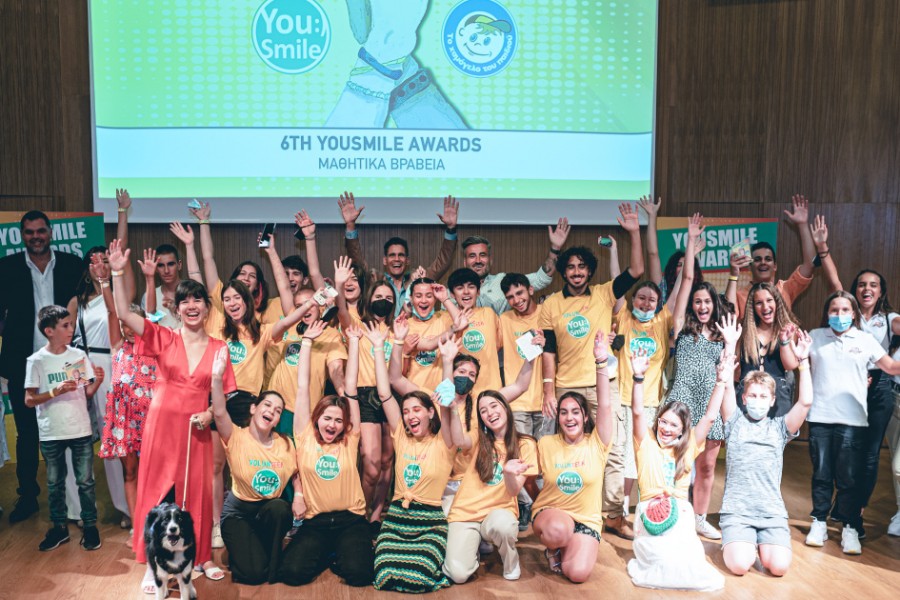 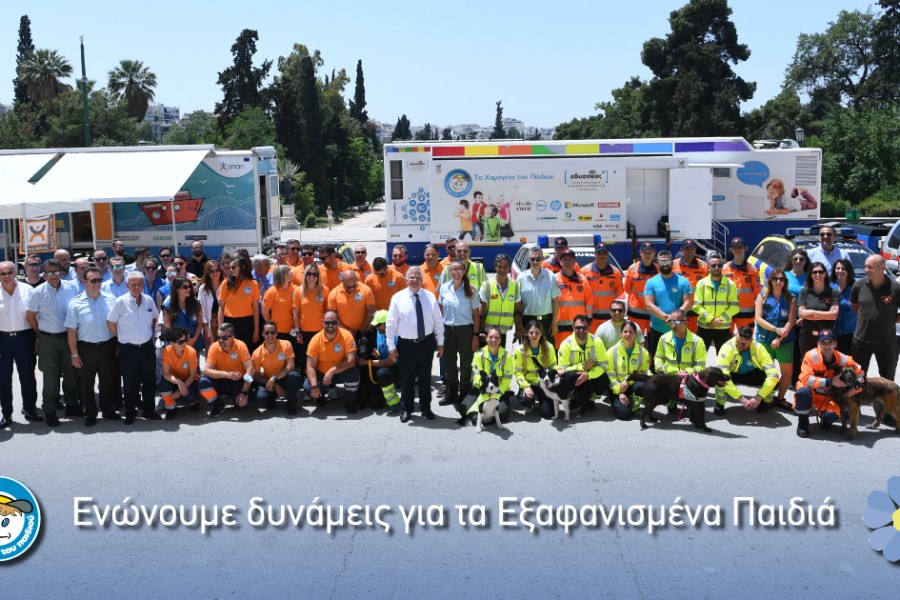