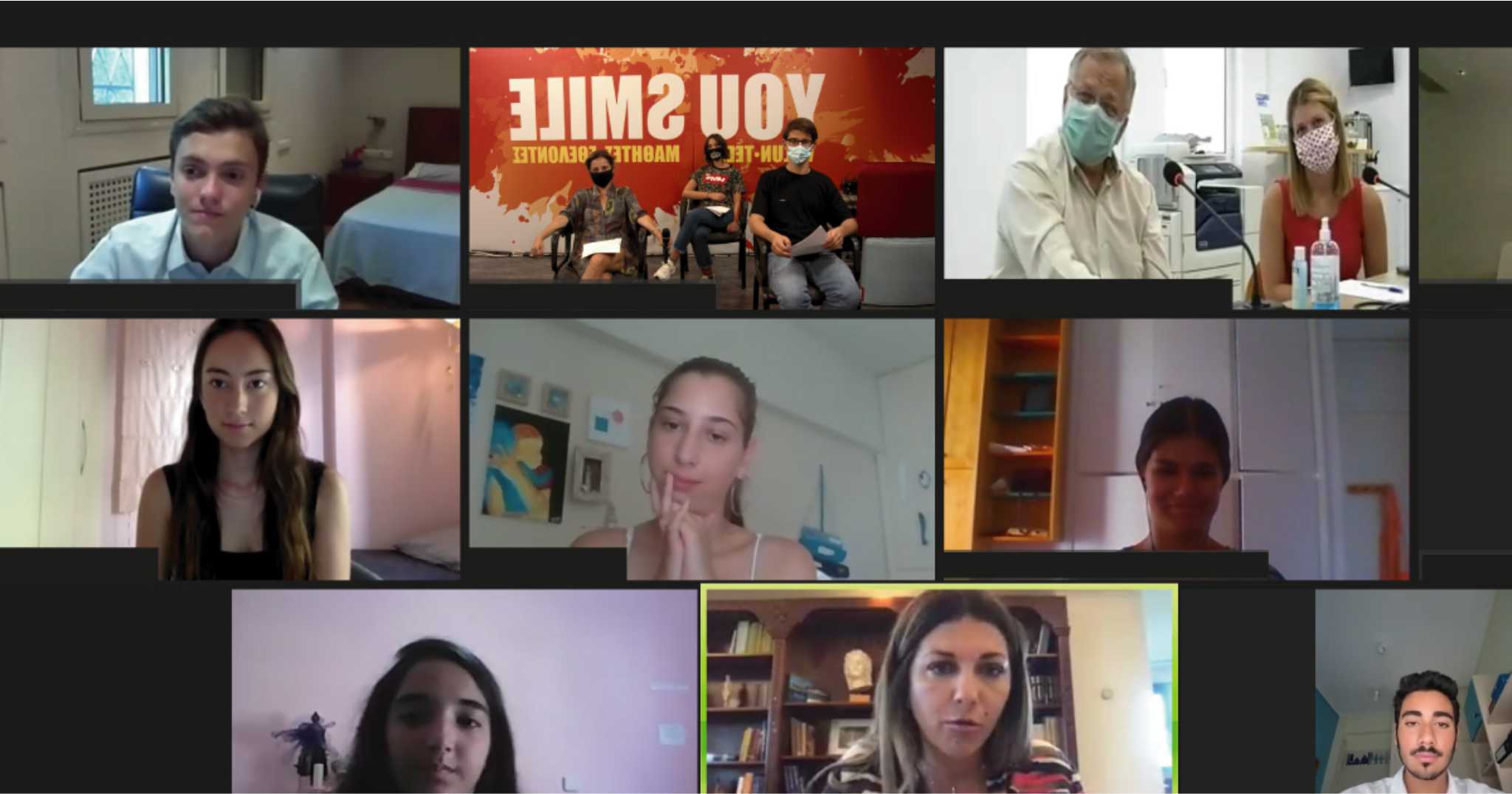 To mark the beginning of the new school year, the Group of the Rights of the Child of the Organization "The Smile of the Child" held an online meeting on September 11th, Friday, with the Deputy Minister of Education and Religious Affairs, Mrs. Sofia Zacharaki. The meeting was attended by the President of the Organization, Mr. Costas Yannopoulos.

The discussion focused on the concerns of the children volunteers who participate in the European Student Voluntary Network “YouSmile,” regarding the new school year and the challenges posed by the pandemic.

The children described their experiences with the distant learning platforms during the lockdown, and elaborated on the initiatives they took in their efforts to defend the Rights of the Child. They also submitted their proposals for improvements in the educational system amid the pandemic.

Specifically, YouSmilers submitted to the Deputy Minister a series of new proposals regarding  Primary and Secondary Education, including ways to link the official school curriculum with all aspects of Art and Culture. They pointed out that the School must provide equal learning opportunities to meet the needs of all children during their studies and preparation for the final national exams.

The Deputy Minister expressed her appreciation for the active role of the Rights Group and their initiatives during the pandemic. After engaging with the children on various other subjects, she reconfirmed her commitment to be in constant communication with the Group considering their ideas and positions.

This is the second time that the members of the Rights Group meet with the Deputy Minister of Education and Religious Affairs. The children had previously submitted proposals for the defense of the rights of every child in the context of the campaign "302010 - Give me the right to smile" last November. That campaign marked the 30th anniversary of the signing of the UN Convention on the Rights of the Child.

About the Child Rights Group:
The “Child Rights Group” comprises student volunteers of the Organization "The Smile of the Child" in an initiative called “YouSmile”. Children get educated about their Rights and then carry out actions to promote them. In addition, they represent the Organization internationally with the mission of promoting and implementing child participation in decision-making.

About YouSmile:
YouSmile is the European student voluntary network of the Organization "The Smile of the Child". YouSmile is the only Greek active volunteer Group for young people and it consists of students who volunteer to actively defend children’s rights. In its 8 years of operation, more than 15,000 young people have participated in volunteer activities offering relief to children in need.  The Group also organizes events to raise awareness on issues that include: school bullying, child abuse, missing adolescents and children, addiction to gaming and social media, safe internet use. 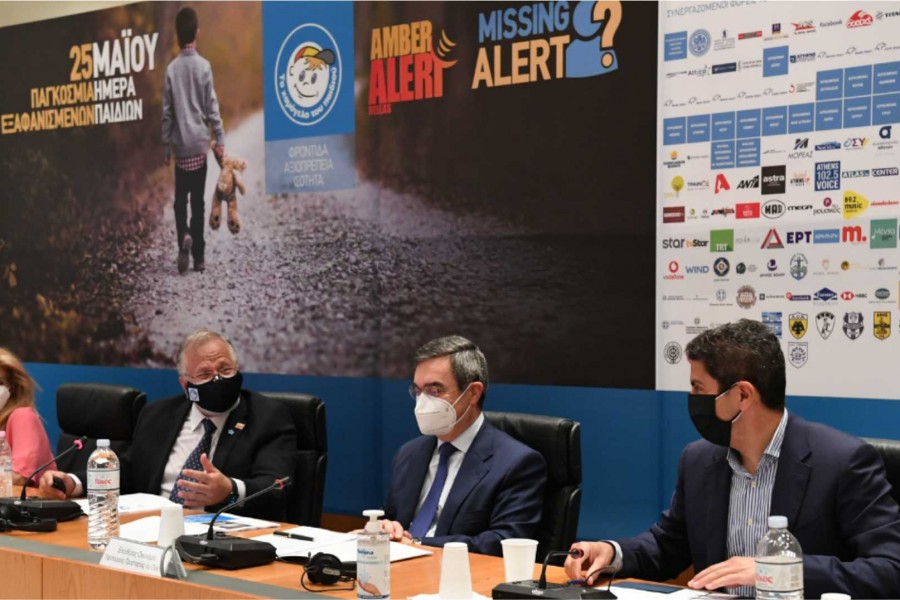 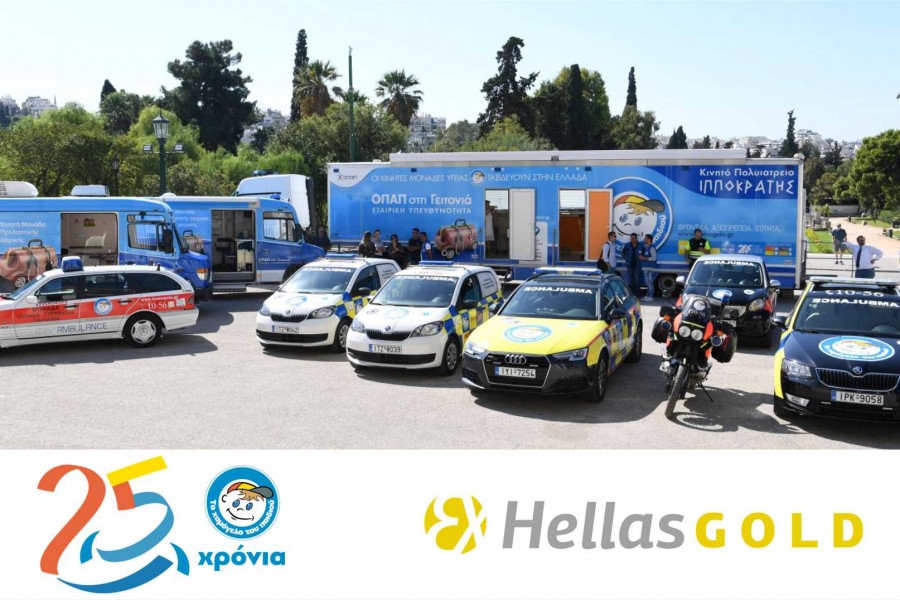 “The Smile of the Child” would like to publically ... 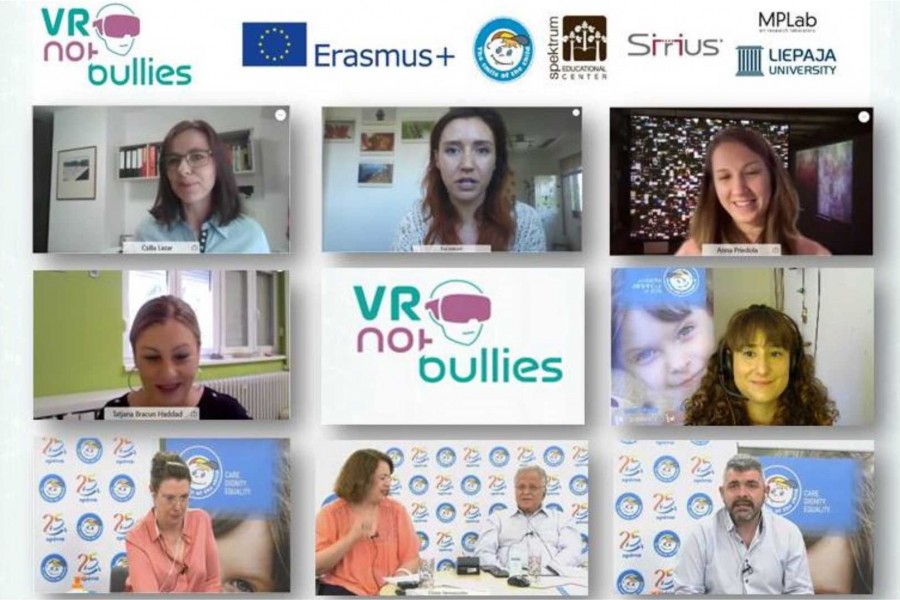 Discover VR for the fight against bullying!

Discover VR for the fight against bullying!