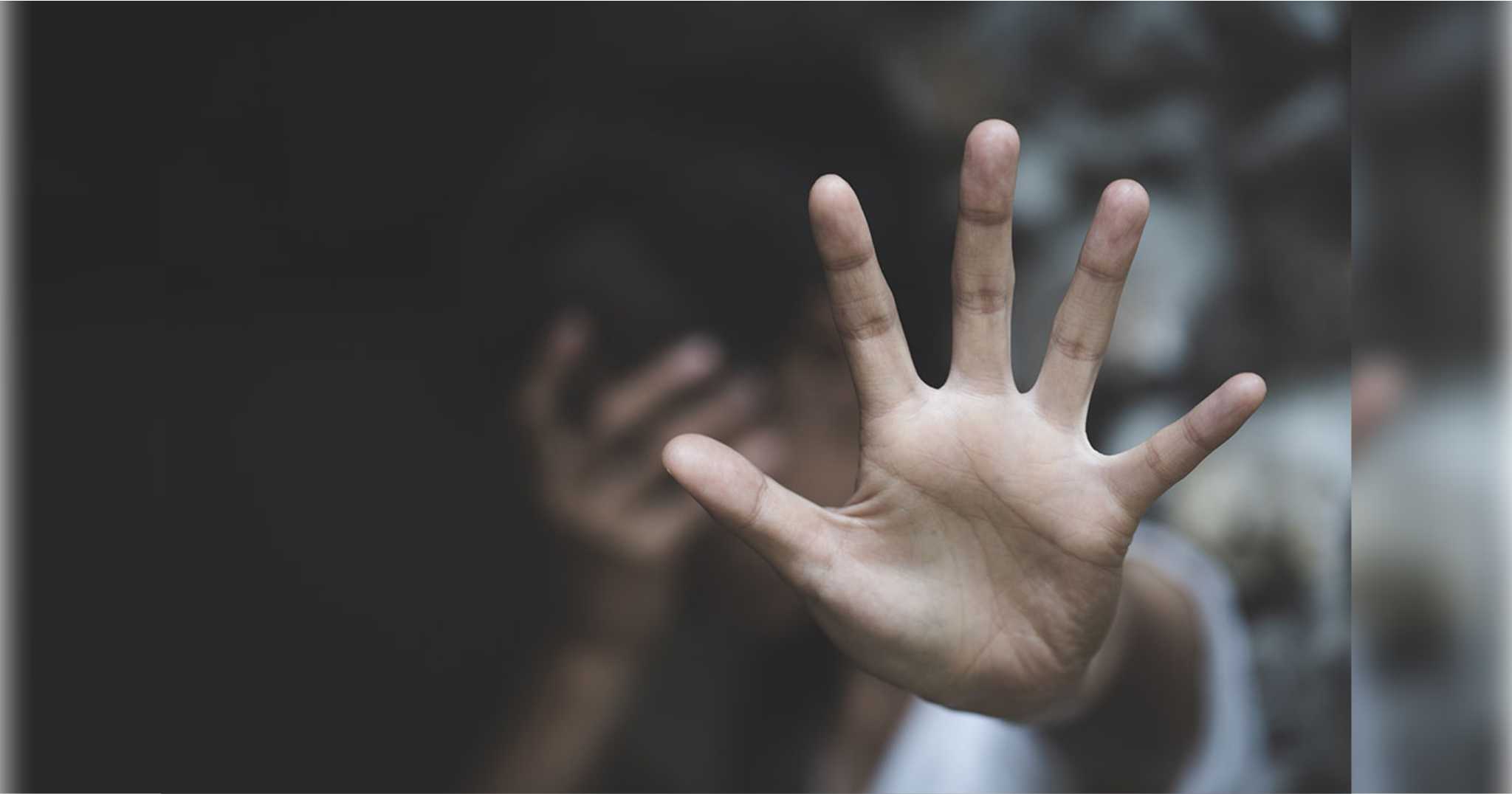 July 30, World Day Against Human Trafficking:
Our children are being targeted by traffickers according to a new survey conducted by the United Nations

Since 30 July 2013, the date has been established as World Day Against Trafficking in Persons, aiming to highlight the need for more effective measures to prevent and combat trafficking in human beings, one of the most heinous crimes against humanity. The developments confirm that children remain the most vulnerable victims of this underrated crime.

A new survey released on July 8th, by the United Nations Office responsible for Drugs and Crime highlights the devastating impact of COVID-19 on victims and survivors of trafficking and warns on the increased targeting of child exploitation. The study further assesses how "frontline" operators responded to the challenges of the pandemic and how they managed to continue providing basic services despite unprecedented conditions and restrictions.

The research shows that traffickers used the global crisis to their benefit, taking advantage of the loss of income and the increased time that both adults and children spent on the Internet. Children have been targeted by traffickers, particularly those active on social media and other online platforms, with the aim of trapping new victims and benefiting from the sadly increased demand for child sexual exploitation & abuse material.

Among the conclusions drawn, due to traffic restriction and closure measures had the following consequences;
● victims were even less likely to escape their traffickers.
● with the border closed, many rescued people were forced to stay in shelters in the countries they had been exploited for months, unable to return home.
● essential services that provided vital support for victims, continued to operate with limited resources or even stopped.

The uncontrolled dimensions and magnitude of the risk to our children are shown by the results of the Pan-European "clearing operation" that took place in 18 countries between 28 June 2021 and 4 July 2021. In cooperation with national governments and a wide range of law enforcement authorities, Europol coordinated the Pan-European Days of joint action aimed at combating child trafficking. The initiative led to 175 arrests, 78 additional suspects were identified and 181 new investigations were launched. In just one week, 187 potential trafficking victims were identified, 92 of whom were children. Investigations focused on potentially unaccompanied minors or minors who had escaped from structures/shelters, as this group of children is often cited for using fake or false documents. Out of 12.511 officers across Europe, about 186.400 people, 12.200 locations, 22.500 vehicles, 72.850 documents were checked.

Particularly important are the data of EMA-National Reporting Mechanism for the protection of victims of trafficking- coordinated by EKKA and in the creation of which "The Smile of the Child" contributed. In the period from 1 January 2020 and until 31 January 2021, EMA received 167 reports of potential victims of trafficking. It also continued to monitor 70 cases from the previous year. Of the total number of 167 new cases, 113 relate to women and girls, while 54 to men and boys. The majority of adult victims are women, while children marginally outnumber boys. Particularly in terms of ages, 74 out of 167 reports relate to children.

"The Smile of the Child" has set at the disposal of the public multifaceted ways of communication with free access, 24 hours a day, 365 days a year:
● "SOS National Helpline 1056" designated as the National Emergency Line and interconnected with the European Emergency Number 112.
● "European Hotline for Missing Children 116000", recognized as info desk hub for trafficking.
● "European Helpline Children & Adolescents 116111"
● "Chat1056 App", a new way of instant communication for children who feel more secure to express their worries and communicate via text.
● "Missing Alert App" which was designed and developed for "The Smile of the Child" by COSMOTE and recently received a silver award at the Hellenic Responsible Business Awards 2021 in the section "technology for the common good-CSR apps". The advanced application enables all citizens to contribute in real time to the search for missing persons through the application on their mobile, but also to proactively protect their loved ones - children as well as adults with a high risk of disappearance. After being informed in any of the above ways, and if the conditions are met, "The Smile of the Child " activates the mechanism of Amber Alert Hellas with the approval of the Hellenic Police.
● "Amber Alert Hellas" is the National Coordinating program for timely and valid notification of citizens in cases of disappearance/abduction of minors. It consists in the immediate, authoritative and detailed information of citizens about an incident of disappearance of a minor as soon as the Organization receives the notification by the competent authorities.  More than 152 private and state bodies, as well as voluntary organizations, participate in the program. Each institution communicates the missing child's details and basic information through its media, such as TV and radio spots, Facebook posts, SMS sending, announcements on airport screens, and recently also ATM screens.
● "Missing Alert Hellas", is a program for adults aged from 18 to 60 years old, who may disappear and find themselves at risk, and operates conforming to the standards of Amber Alert Hellas.

"The Smile of the Child" has pointed out that most incidents are not reported, as a result of which there is insufficient data to draw safe conclusions, and especially ineffective protection for victims since the search mechanisms are not activated.

All available resources should be mobilized, we should all become part of this effort: If you notice anything suspicious, just pick up the phone and make the call or send the message that may save a trafficking victim! You can participate in the salvation of a child or adult anonymously, without charge and without any further legal involvement simply by utilizing one of the above ways!

Right from the foundation of the Organization in 1995, "The Smile of the Child" was structured and staffed with its values of Care, Dignity and Equality as its Compass, guided by the principles in the International Convention on the Rights of the Child, as determined for each and every child, regardless of religion, nationality or other criteria. In this spirit, the Organization developed an active role and entered into partnerships with recognized bodies both nationally and internationally, with the aim of defending the rights of children not only at the level of treatment, but also prevention-treatment-rehabilitation of phenomena.

In 25 years of action through daily battles and thanks to the contribution of its supporters and the dedication of employees and volunteers, "The Smile of the Child" managed to support more than 1.700.000 children and their families by providing personalized and holistic quality services.

Particularly with regard to the phenomenon of trafficking, it is clear from the experience of the Organization that every minor is potentially at risk. Social exclusion, poverty, neglect of minors, domestic violence and substance dependence, are factors that may lead to minors fleeing from their family environment, and thus create the conditions for their victimization. Traffickers often target migrant and refugee children who are victims of trafficking and exploitation in their attempt to travel to other countries with the help of traffickers.

At a national level, the Organization cooperates on a consistent basis with the Office of the National Rapporteur on Combating Trafficking in Human Beings, the Hellenic Police and prosecution authorities, the relevant competent actors, civil society and organizations in the field of prevention and combating trafficking. “The Smile of the Child” alco contributed significantly to the creation of the “National Victim Referral Mechanism” (EMA) - established in January 2019 and coordinated by the “National Center for Social Solidarity” (EKKA) - that aims to create not only an imprinting mechanism, but also a protective framework for providing assistance to victims.

“The Smile of the Child” also operates The “European Hotline for Missing Children 116000” which is recognized as an update node (info desk) for trafficking. The role of the infodesk is:
-  Helpline and support operation for Child Victims or potential victims of trafficking
-  Providing information to the public on trafficking in Persons and in particular on trafficking in Children
-  Organizing lectures, seminars and workshops on the issue of trafficking
-   Promoting targeted actions to vulnerable groups with the aim of raising awareness & preventing the phenomenon

At an international level, "The Smile of the Child" actively participates in the global anti-trafficking effort as an Organization with advisory status to the UN Economic and Social Council (ECOSOC), an interconnected member of the UN Global Communications Unit, an associate body with the UN Office on Drugs & Crime (UNDOC), a member of the board of the International Center for Missing and Exploited Children (ICMEC), member of the board of Directors of the European Federation for Missing and Sexually Exploited Children (MCE) and member of the European Union Anti-Trafficking platform. 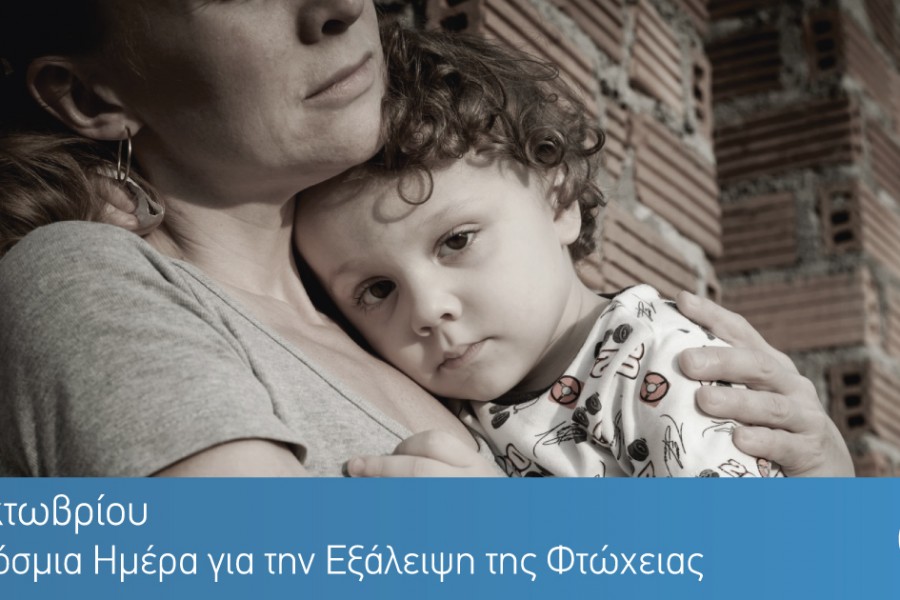 17 October 2021: World Day for the Eradication of Poverty Turning Theory into Praxis 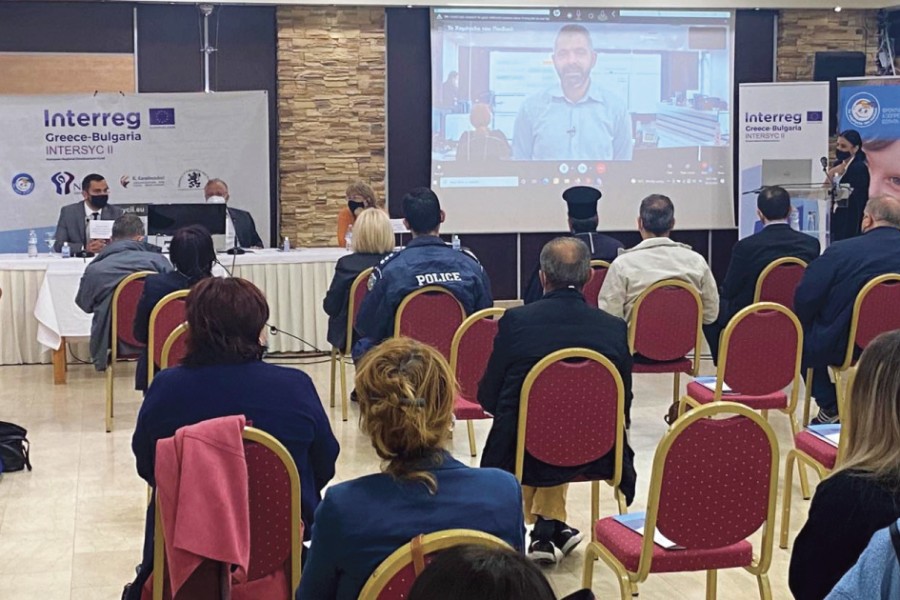 "The Smile of the Child" presented the results of ... 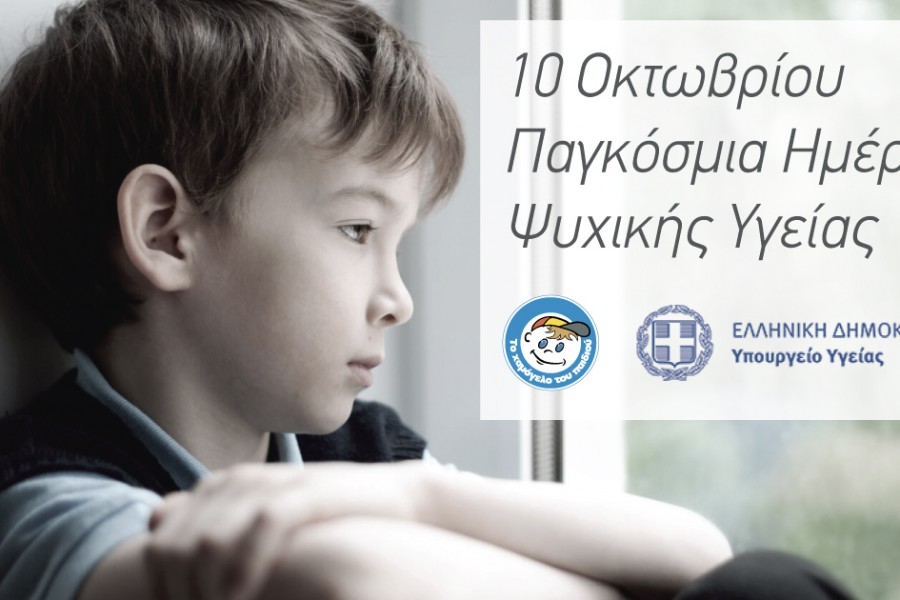 "The Smile of the Child” announces new health init...