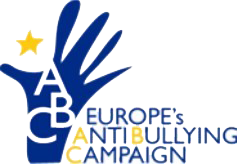 “The Smile of the Child” completed the implementation of an important initiative against Bullying in 2013 through the European project “Europe’s Antibullying Campaign (e-abc)”.

The project was funded by the EU programme Daphne III and comprises a unified answer against bullying and a European Platform on the information of children, parents, teachers and anyone who is interested in this problem.

The aim of the project was to ascertain the common points that member-states have about this phenomenon and the common features between victims and perpetrators. Through a relevant research on “bullying”, the associate partners assessed the existing knowledge on this problem and took up certain actions in order to inform children, young people, parents and teachers.

The implementation of the project joined successfully the forces of partners from six European countries who developed the following activities in the framework of the project:

The project was completed in the beginning of 2013 by “The “Smile of the Child” as coordinator and in collaboration with the following partners:

More information on the project can be found at: http://www.e-abc.eu/gr/